>>> If you don’t know the million dollar difference between money and wealth, you’ll always struggle to have any of them. Read on to find out…

One of the most common mistakes I see entrepreneurs making is that they are trying to make money instead of focusing on creating wealth.

As I see it, there are TWO fundamental problems with trying to make money:

Lets delve a little deeper into these two problems…

PROBLEM #1: Money Has No Value And Does Not Exist

Money is a man made concept that we all use to measure value, but does not have any value itself. These days it’s even more intangible because money doesn’t even exist in reality – it only exists as numbers sitting in some computer system somewhere.

So trying to make money is as fruitless an activity as trying to see air. You can see the results of air moving as the trees sway in the breeze, but you can’t see the actual air itself.

By the same token, you can see the results of money flowing through our economy, but you can’t see the actual money itself because it is just a concept. You could argue that the paper notes in your wallet are money, but I assure you that they are not. They are just paper notes that have no value outside your economy. 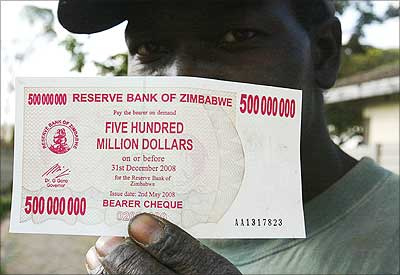 If you don’t believe me, try taking 500 million Zimbabwean Dollars into your local grocery store and buy a loaf of bread with them. Your grocery store is going to laugh at you, right?

Why? Because your 500 million bucks has no inherent value of its own. You may as well use them to light a fire in your living room on a cold, rainy night.

PROBLEM #2: Your Brain Struggles To Visualize Concepts Like ‘Money’

There’s a saying in NLP (Neuro Linguistic Programming – the study of how the mind works) that human beings never do anything that they have not first seen themselves do in their imagination.

What this means is that we always imagine doing something in our mind before we actually do it. This is why VISUALIZATION is such a useful tool. When you visualize something, you are far more likely to achieve it.

The problem is that you brain cannot visualize money because money is not a thing – it’s a concept. 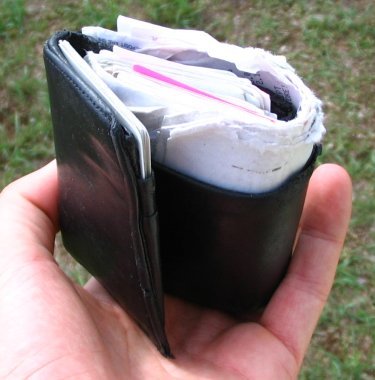 Am I making sense here? Are some light bulbs flashing in your head? I hope so.

Unfortunately, if you’ve been learning about the Law Of Attraction from the hit movie, The Secret, they’ll tell you to focus on money. Good luck with that…

So how can you attract more money into your life?

The Real Difference Between Money And Wealth

My favorite definition of Wealth comes from Roger James Hamilton, the creator of Wealth Dynamics:
“Wealth is what you have left when you’ve lost all your money”

What he means is that your wealth consists of the things like your passions, your network, your track record, your access to resources and your knowledge of your industry.

If I were to hijack a wealthy person and dump them in a foreign land with no money, they’d soon be back on their feet again because although they might have had their money taken from them, they never lost their wealth.

You often read about wealthy people who lose all their money and then make it back again. This is because they never lost their wealth.

By contrast, somebody who has no wealth, but a lot of money, will soon find ways to lose their money.

This is becasue although they have money, they are not wealthy, so their money goes away quickly.

This revelation was HUGE for me.

Money is attracted to Wealth… it follows wealth, not the other way around.

If you shift your focus from making money to creating wealth, you’ll begin to see the world in a new light where opportunities to create wealth that attracts money are illuminated all around you. 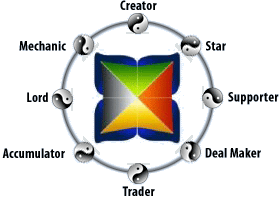 The easiest way to find out how you can build wealth easily and naturally is to take your Wealth Dynamics Profile test.

Without knowing your Wealth Profile, you really are flying blind and leaving your success to chance.

20,000 entrepreneurs have already taken their test and have discovered their most natural path to wealth. If you also want to be wealthy and say goodbye to money struggles, I highly recommend that you do too:

P.S. When you take your Wealth Dynamics test, you’re going to get a whole bunch of killer bonuses. Check them out here:

P.P.S. I’d appreciate your thoughts on this conversation. Please leave me a comment below.